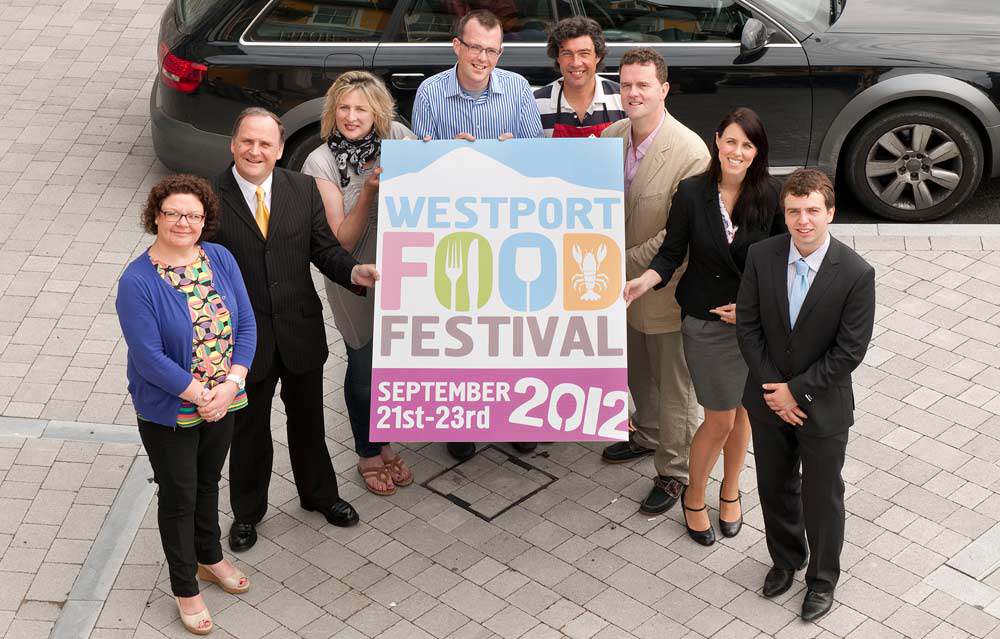 It’s back! After a successful inaugural event, the second Westport Food Festival will take place from Friday, September 21 to Sunday, September 23, 2012.

The eight-strong Westport Food Festival committee comprising local hoteliers, restaurateurs, chefs, business people and food producers has confirmed that this year’s food festival will see the return of some of the most popular initiatives from last year.

Following last year’s success, the centre of Westport will once again be turned into a tented food village with stalls offering the very best of food from Mayo producers, restaurants, hotels, cafes and chefs.

Last year’s festival sell-out dinner, Come Dine with Me, will also return along with a variety of cooking demonstrations, food workshops, competitions as well as one or two great surprises, according to organisers. The full festival programme will be announced next month.

The Westport Food Festival is again being supported by Fáilte Ireland and Pallas Foods.

“We are very grateful to Fáilte Ireland and Pallas Foods, without whose help it would be very difficult to stage a festival of this type and we welcome support from any other interested sponsors and urge them to get in contact with us. The Westport Food Festival is a community-based event with family values and a perfect sponsorship property”, said Sinead Lambert Barosso, co-chairperson, Westport Food Festival.

In the meantime, why not have a look at last year’s festival …