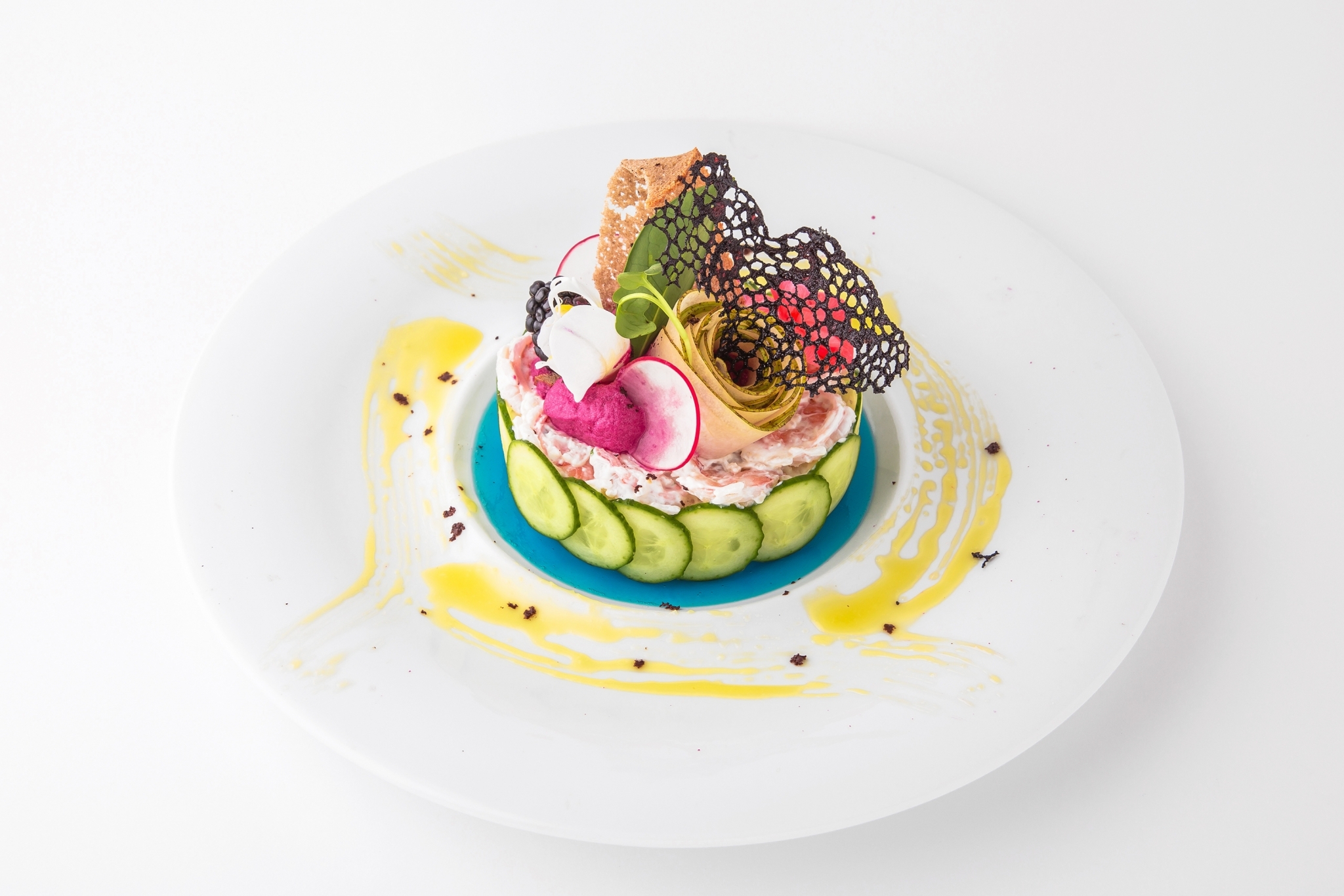 The stately homes of Ireland are about to be invaded by three intrepid Chefs who will take the viewer on a quest to recreate the grand feasts, lavish dinners and party buffets that these great kitchens once prepared for all kinds of special celebrations and give the audience a peep behind the doors and histories of some of the grandest stately private homes and the families who have lived there. Lords & Ladles takes the viewer on a historical journey to celebrate our past through the wonders of food and the glories of cooking. The three Chefs: Derry Clarke, Catherine Fulvio and Paul Flynn are as oddly complimentary as the Top Gear trio, with egos to match.
Each week the Chefs arrive at a Great Irish Country House and must recreate a grand dinner from its history while tantalising the TV audience with sumptuous descriptions of the treats that are on the menu. But first they must Draw Lots for the division of labour – one will Gather the ingredients, one will Cook, and one will get to Dine with the gentry.
The Gatherer must source the ingredients for the feast from the local environs – hunting shooting and fishing feature strongly, as do cow’s lip, lamb’s stones and lots of tongue! The Cook will familiarise themselves with the workings of the kitchen, some even have the original wood-fired ovens. He or She will check out the original house cookbooks – some fine old tomes filled with mouth-watering recipes from the past – Birr Castle boasts a cook book dating from 1666.

Meanwhile the Diner has drawn the plum role of social historian and raconteur and gets to explore the house with its owners and caretakers, learning

about its place in the history of the area and the Island, the trials and tribulations of the family seat and the secrets and scandals that inevitably pepper the colourful lineage of those who have dined at the main table.

The Cook’s work all done, the meal will be served with all the pomp and ceremony it deserves, to the audible delight of the diners who can’t help themselves from gasping at the spectacle as each course of the sumptuous banquet is laid before them.

The Episodes are as follows:

One of Birr’s many treasures is a manuscript by Dorothy Parsons from 1666 which features the earliest known Irish Potato recipe, a Potato Pie, filled with potatoes, rosewater, currants, raisins, orange peel, cinnamon, white wine, egg yolks and sugar!

TULLYNALLY HOUSE, COUNTY WESTMEATH
This 140 room aging mansion is home to Thomas Pakenham a passionate gardener and author of “Meetings with Remarkable Trees”, who has filled the estate with exotic plants from his world travels.

CASTLE LESLIE, COUNTY MONAGHAN
Built in the Scottish Baronial style with touches of the Italian Renaissance it is still home to 98 year old dancing Sir Jack Leslie and his niece Sammy who has saved it from dilapidation and returned it to its former glory.

WESTPORT HOUSE, COUNTY MAYO
Sheelyn and Allanah Browne are direct descendants of Grace O’Malley, The Pirate Queen, these career women are steeped in the romantic lore and the dramatic historical significance of their home. They are ready to take us past the public areas into the roped off private world of this magnificent stately pile.

BALLYWALTER PARK, COUNTY DOWN
Sir Brian Henry Mulholland, the 6th Baron Dunleath and his Danish wife Vibse are the current residents of Ballywalter House on the Ards peninsula. Lord Dunleath’s great, great, great grandfather Andrew Mulholland who made his money form Flax bought the house for £23,000

CAPPOQUIN HOUSE, COUNTY WATERFORD
The Keane family are descendants of an old Irish family, the O’Cahans of Co Derry, who lost their lands in the Ulster Plantations and were resettled west of the Shannon. This didn’t prevent the torching of the house in the 1920s when a later family member was targeted for serving as a senator in the new Irish Free State.