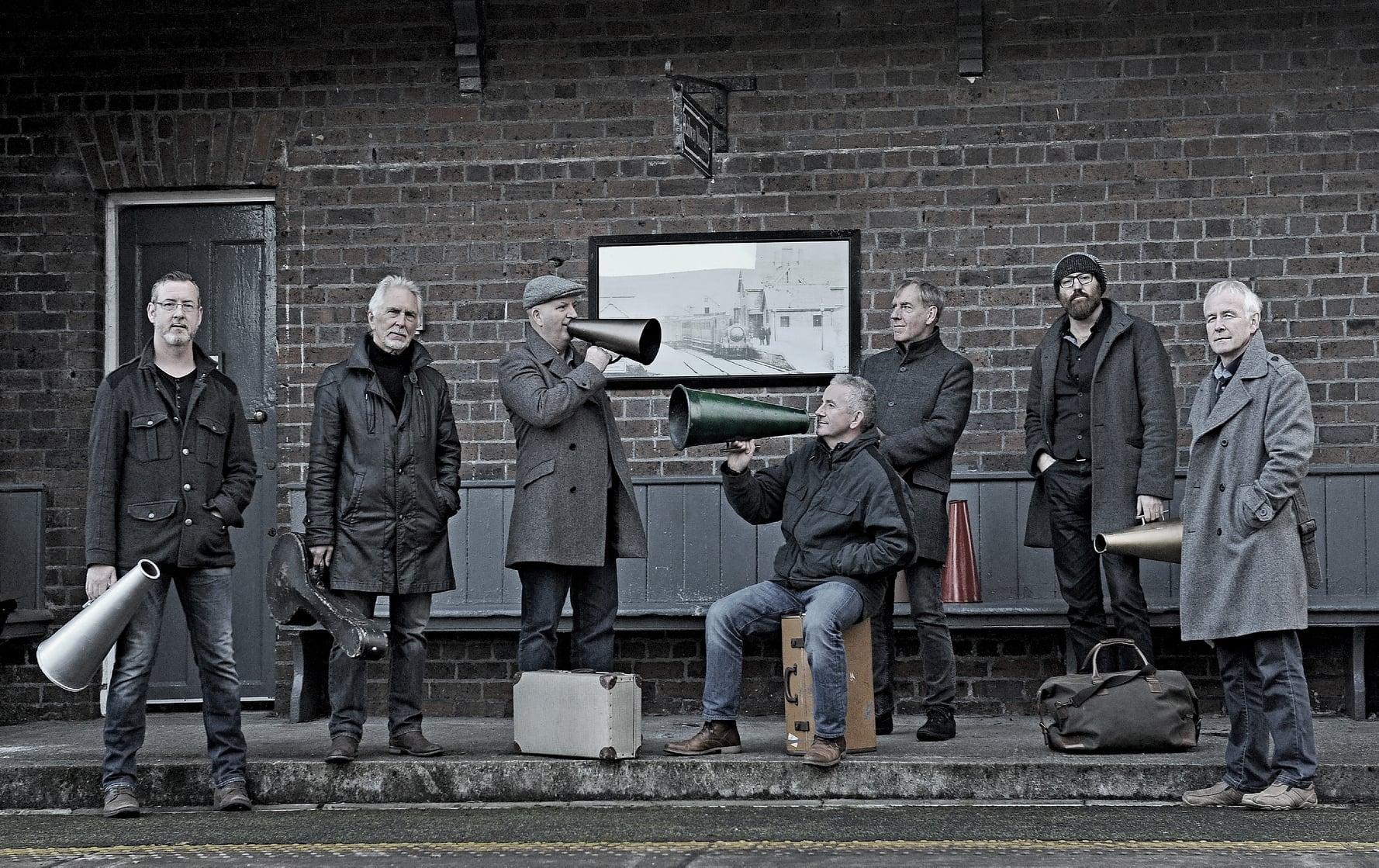 Drawing on vocal talent from the west of Ireland, Coda began developing their own approach to vocal performance several years ago. Their first album ‘Mouthmusic’ released in 2013 was produced by Maurice Lennon, and their second album ‘Train of Spirits’ was produced by the legendary Dónal Lunny. Coda offers an exciting new perspective on traditional and contemporary folk songs, original compositions and popular songs. Their wide-ranging repertoire comprises both acapella arrangements and self-accompanied songs with a traditional Irish twist. A Coda performance is rare, if not unique – seven singers whose harmonies blend beautifully topped off with multi-instrumentation as part of the package. As part of the 2021 Achill International Harp Festival, Coda was commissioned to arrange and perform 9 songs written by the famous Irish harper, bard and composer, Turlough O’Carolan. They were joined for this premiere by Westport-based harpist, Freda Hatton. When asked about the specially commissioned performance for the Achill Harp Festival, Conall Ó Domhnaill said; “We were thrilled to be asked by the Achill Harp Festival to get involved in this project. Tunes that we had been listening to for years now took on a whole new meaning when we realised that they were originally written as songs. It was wonderful to work with renowned harper, Freda Hatton. The harp works so well with our voices and instruments and we are so looking forward to performing them again into the future. As an added bonus, we got to work with TG4’s Cumadóir na Bliana (Composer of the Year), Steve Cooney. His insight into the tunes and instrumentation added greatly to our arrangements.”

‘Sometimes it happens completely out of left field, comes a band that just blows your socks off……. One of the most exciting bands I’ve ever heard. I can’t state too strongly how wonderful I think these guys are’ - Mike Harding, The Mike Harding Folk Show.

‘They’re based in Westport, County Mayo and I regard them as an invigorating and restoring breath of fresh air’ - Earle Hitchner, Wall Street Journal