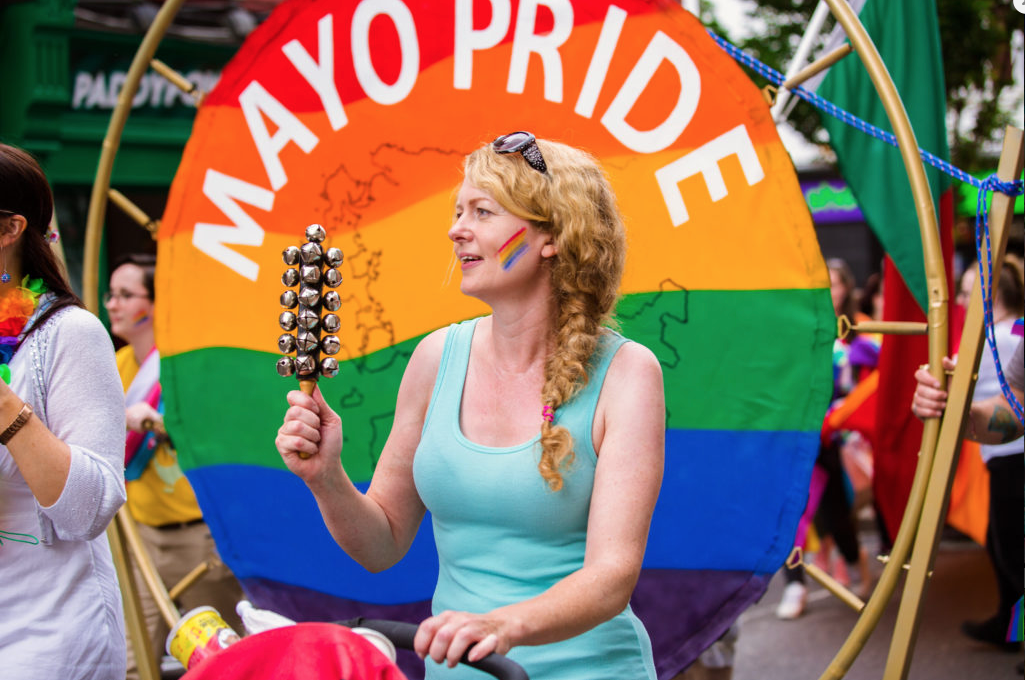 Mayo Pride is back in Westport with an explosion of diversity, inclusivity and colour from July 1st to July 3rd. The main parade will be led by none other than the Queen of Ireland herself, Mayo’s very own Dr Panti Bliss.

This year's Mayo Pride encourages adventure with lots of activities taking place outdoors in the beautiful surroundings of Westport. Daytime events include Ride With Pride, a jaunt along the stunning Greenway, The Big Gay Hike up Croagh Patrick, Sea Pride swimming complete with Barrel West Sauna, a Pride soundtrack supplied by Mr Whippy Soundsystem along with delish food by Teach Scoile. Pride goers will also be able to unwind take a Pride Cruise around the gorgeous Clew Bay. Family events include Drag Storytime and the Pride Family Rave & Picnic.

The Mayo Pride Parade will take place in Westport for the first time ever on July 2nd at 2pm with Grand Marshall Dr Panti Bliss led by The Westport Town Band playing some queer classics!

Event registration and tickets are on sale from www.mayopride.com