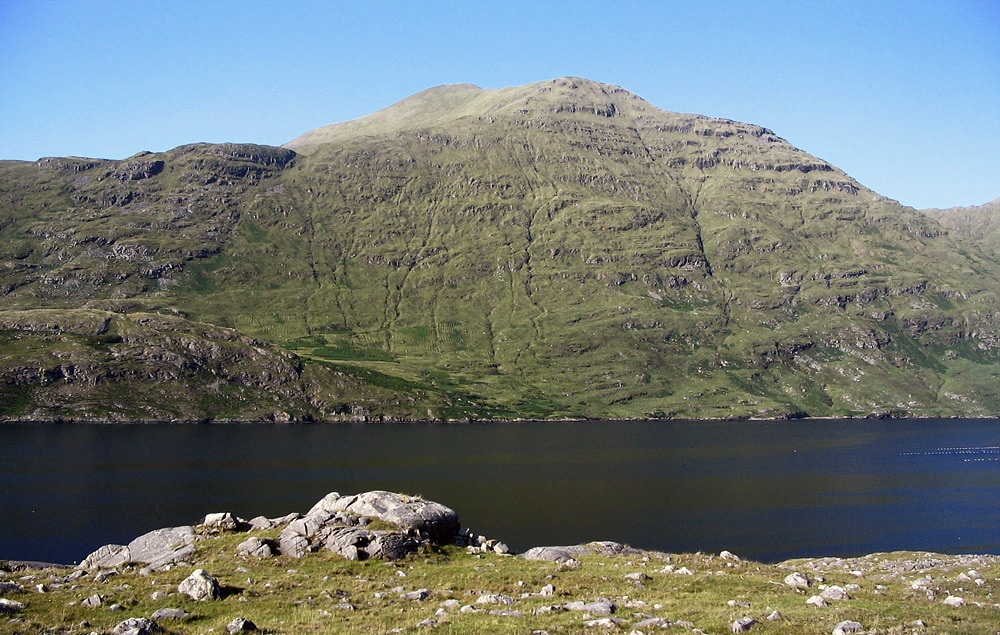 Mweelrea mountain stands at 814m (2,671ft) and is the highest point in Mayo and in the province of Connacht.

It consists of five peaks flanked on one side by Killary Harbour, Ireland’s only true fjord, and on the other side by Doolough Pass, a glaciated valley. There are magnificent views from the top including the Atlantic Ocean, Ben Gorm Mountains, the Twelve Bens in Connemara, the Maumturks, and the Sheeffry Hills.

Mweelrea can be approached from the east, near Doo Lough on the Leenane to Louisburgh road (R335), or from the west, near Silver Strand on the coast road below Louisburgh.

Mweelrea is a dangerous mountain and climbing should only be attempted by experienced and well-prepared hillwalkers.

The mountain needs to be approached with care, and there are no easy ascents, though the approach is gentler from the west. There are several routes for the climb. Reserve a clear day for the climb in order to enjoy the panorama of the mountains, coast, and surrounding islands. Please be careful, and be prepared with sturdy boots, several layers, raingear, map, compass, and GPS, because weather conditions and terrain can change rapidly.

The Mweelrea mountain range is only a short drive from Louisburgh and Leenane, which have a range of pubs and restaurants for you to relax in after your climb.

Mweelrea on the map