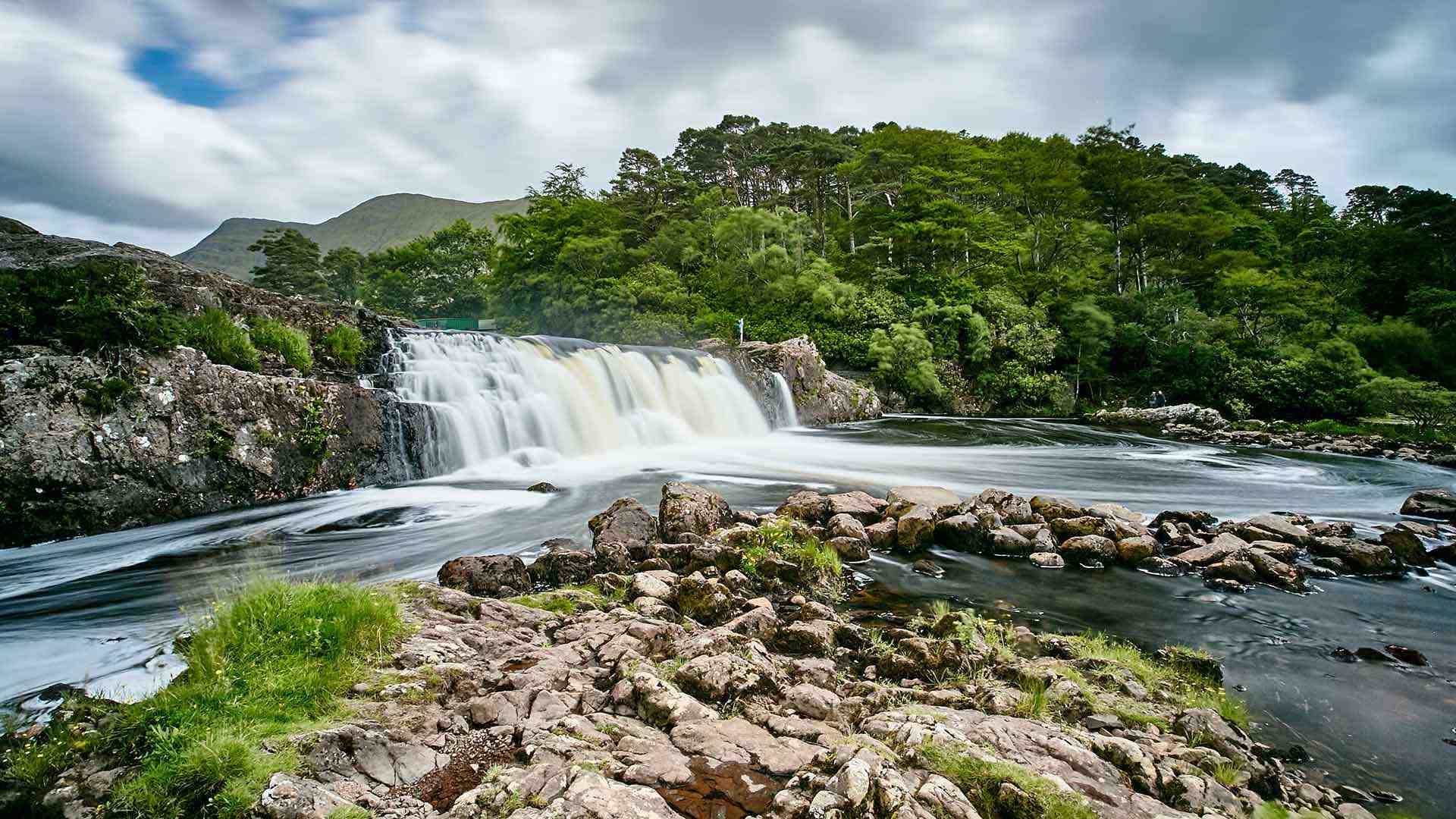 Departing Westport from the South, the first real test of this route comes just before the 10km mark where a 7% gradient climb appears, before a gentle descent that takes you past Aghagower Parish and Slievemahanagh. The next 11km of this route hugs the Erriff river as far as the Galway border near Leenaun, where it culminates in the form of Aasleagh Waterfall, somewhere which may appear familiar to you…

This waterfall is the scene of the grisly murder of Peter ‘The Yank’ from the movie adaptation of John B. Keane’s play ‘The Field’. As well as being an important landmark in Irish cinematography history, the Falls are a lovely place to stop for a breather and a quick refuelling before the next leg of this spin, which flanks Killary Harbour for 8 glorious kilometres before turning northwards into the valley between the Ben Gorm and Mweelrea mountains. This stunning valley road is mostly flat, and the real climbing doesn’t begin until after you turn right at the start of Doo Lough and head past Tawnyard Lough. Another climb then appears again 10km later as you pass Oughaval Civil Parish.

After this point the home leg is in sight, and you’ll rejoin the main road with about 13km to go just outside of Lecanvey. With the ocean on your left, you’ll cycle through the village of Murrisk with the imposing presence of Croagh Patrick looming high above on your right-hand side. Along this road there are plenty of food stops to choose from, such as Campbell’s at The Reek, if you fancy a final caffeine kick before your arrival into Westport. The final kilometres into Westport are pleasant as you roll past Westport Harbour and into the town centre. Once off your bike, it’s time to once again enjoy the wonderful hospitality that the town has built its reputation on.