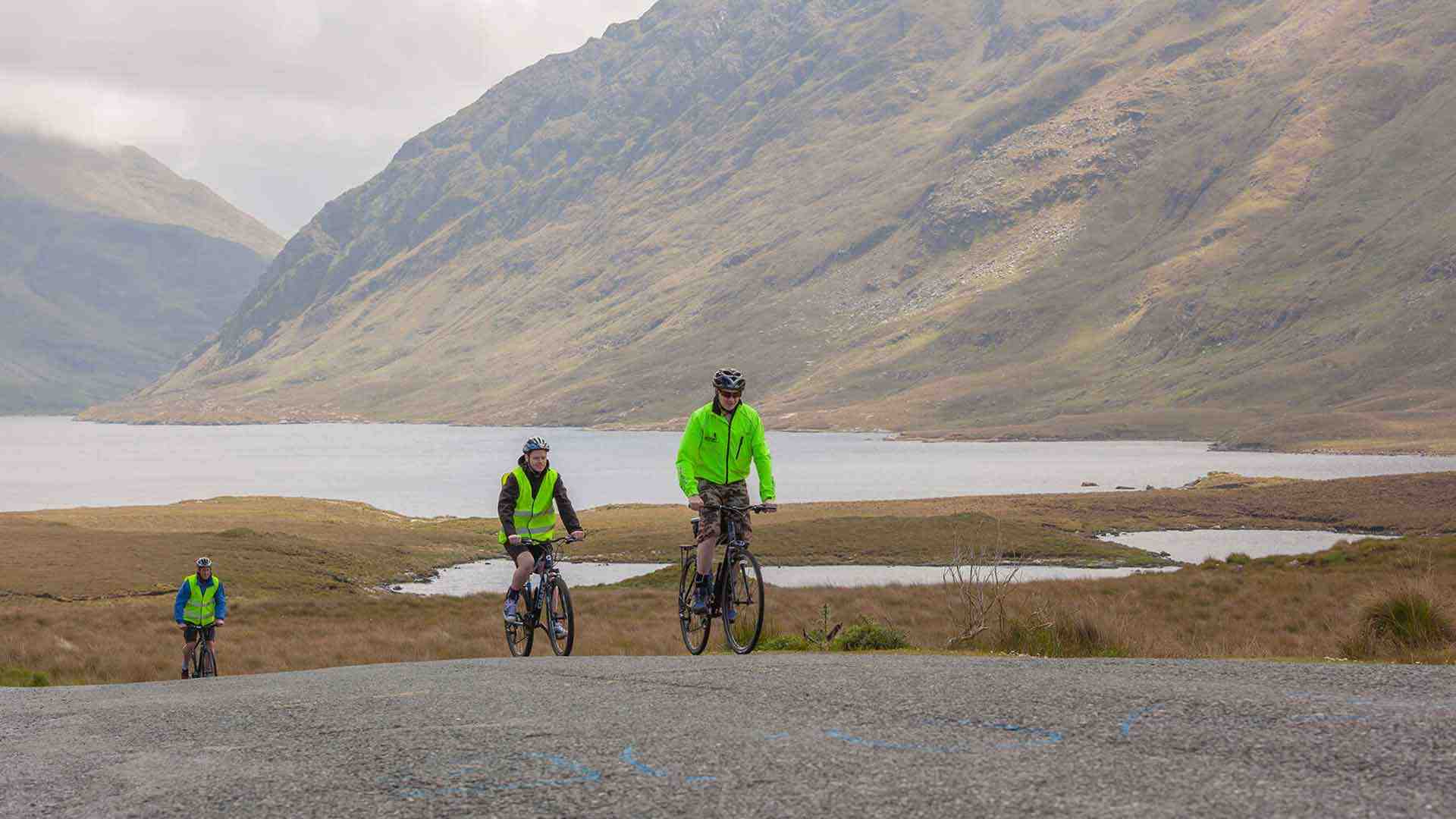 Pedalling South towards Aghagower, you’ll reach the village itself after 8 kilometres on this 114 kilometre spin. Aghagower is home to a wonderful 13th Century round tower, and the ruins of an old church lie next to it. Leaving the village, there is a small climb just outside Aghagower, where pockets of dense woodland make up large parts of the scenery. At the 13 kilometre mark you’ll cross over the Aille river, and 7 kilometres up the road the first substantial climb begins at Croaghrimbeg. The gradient of this climb tops out at 9%, and the ensuing descent is magnificent on a clear day as you meander down the valley between the Tourmakeady and Ballybanaun mountains. Emerging at Tourmakeady on the shore of Lough Mask, you’ll head right, passing Paddy’s Bar & Restaurant, which is a lovely spot to stop for a coffee or some food. The next village you’ll enter will be Leenaun, just past the halfway mark of this route. After Leenaun the Aasleagh falls give way to the sprawling Killary Harbour, which remains on your left hand side for 8 kilometres before you head northwards towards Delphi along the Bundorragha river. This valley is spectacular and eventually gives way to the stunning Doo Lough. After Doo Lough, there’s a 14 kilometre stretch before you reach the lovely town of Louisburgh near the mouth of Clew Bay. After Louisburgh you have only a short burst back to Westport, passing by Croagh Patrick on the way. You’ll be glad to be arriving back into Westport after this one!