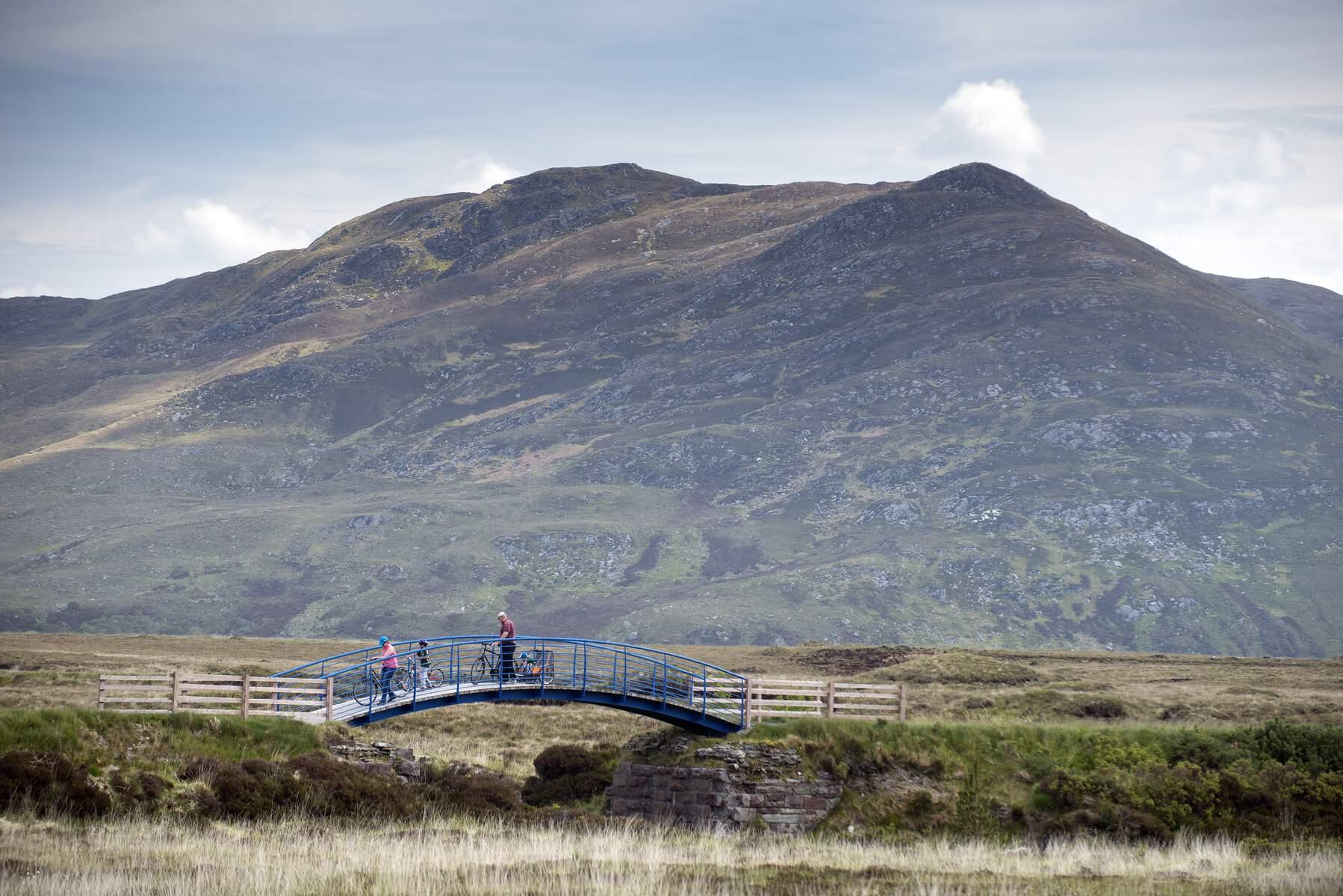 Escape the bustle of urban life on the multi-award-winning, off-road walking and cycling trail - the Great Western Greenway. This stunning trail starts in Westport and goes all the way to Achill. The first 14km stage of the Greenway from Newport to Mulranny opened in 2010 and a year later extensions were finished lengthening the route to 42km, almost entirely off-road.

The Greenway follows the path of the old Westport to Achill Midland Great Western Railway line which closed in 1937. Landowners along the route have given access to their land and allowed the development of the path at no cost.

The Greenway meanders through some of the most beautiful and idyllic countryside you’ll find anywhere in Ireland. Walkers and cyclists can drink in the views of the spectacular Nephin Beg mountain range, Clew Bay, Clare Island, Croagh Patrick and Achill. You could even stop off for a hike on one of the Derradda loop walks or take a break on Mulranny’s Blue Flag Beach.

If you’re a history buff you can visit fascinating gems like the seven-arch railway viaduct over the Black Oak river in Newport, or take a slight detour and visit Granuaile’s Rockfleet Castle and the 15th-century Burrishoole Abbey.

The 42km almost entirely traffic-free route is ideal for getting out on a bike for a spin and is perfect for a day of family fun.

The Greenway has won several awards including European Destination of Excellence, an award for the community spirit of the Greenway landowners for allowing their land to be used and developed and a LAMA award. 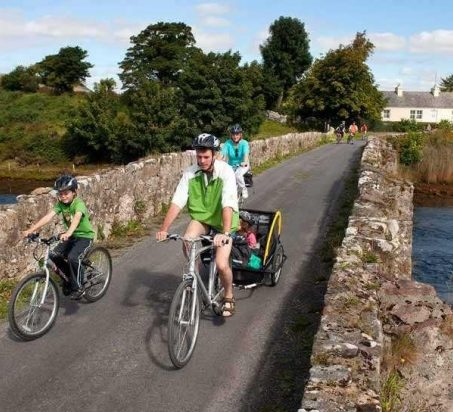 Want to cycle the Greenway but can’t bring your bikes? Westport Bike Hire & Clew Bay Bike Hire have bases along the route which allows you to hire in one town and drop your bike off at any of their other bases. This means you only have to cycle as far as you want and they will bring you back to your starting point in their shuttle bus. The company can also supply bikes with trailers to keep younger children close.

If you fancy cycling the Greenway in luxury check out Paddy & Nelly Dutch bike rentals. They offer quality, comfortable and stress-free cycling and have a range of Gazelle tour bikes, kids bikes (in all sizes) and accessories such as kids trailers, doggie trailers and super comfy seats. Traditional picnic baskets and rugs are available for that special day out! Their shop is conveniently located on Quay Street/Church Street right in Westport Town Center.

Images from the Greenway 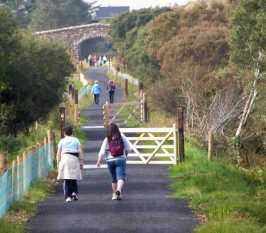 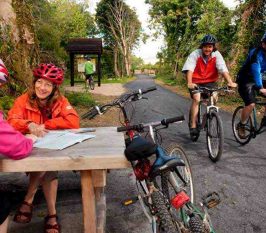 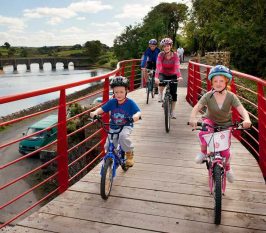 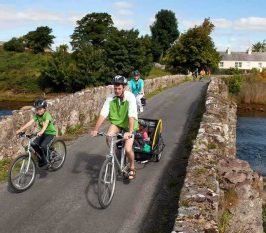 I felt my lungs inflate with the onrush of scenery—air, mountains, trees, people. I thought, "This is what it is to be happy.”