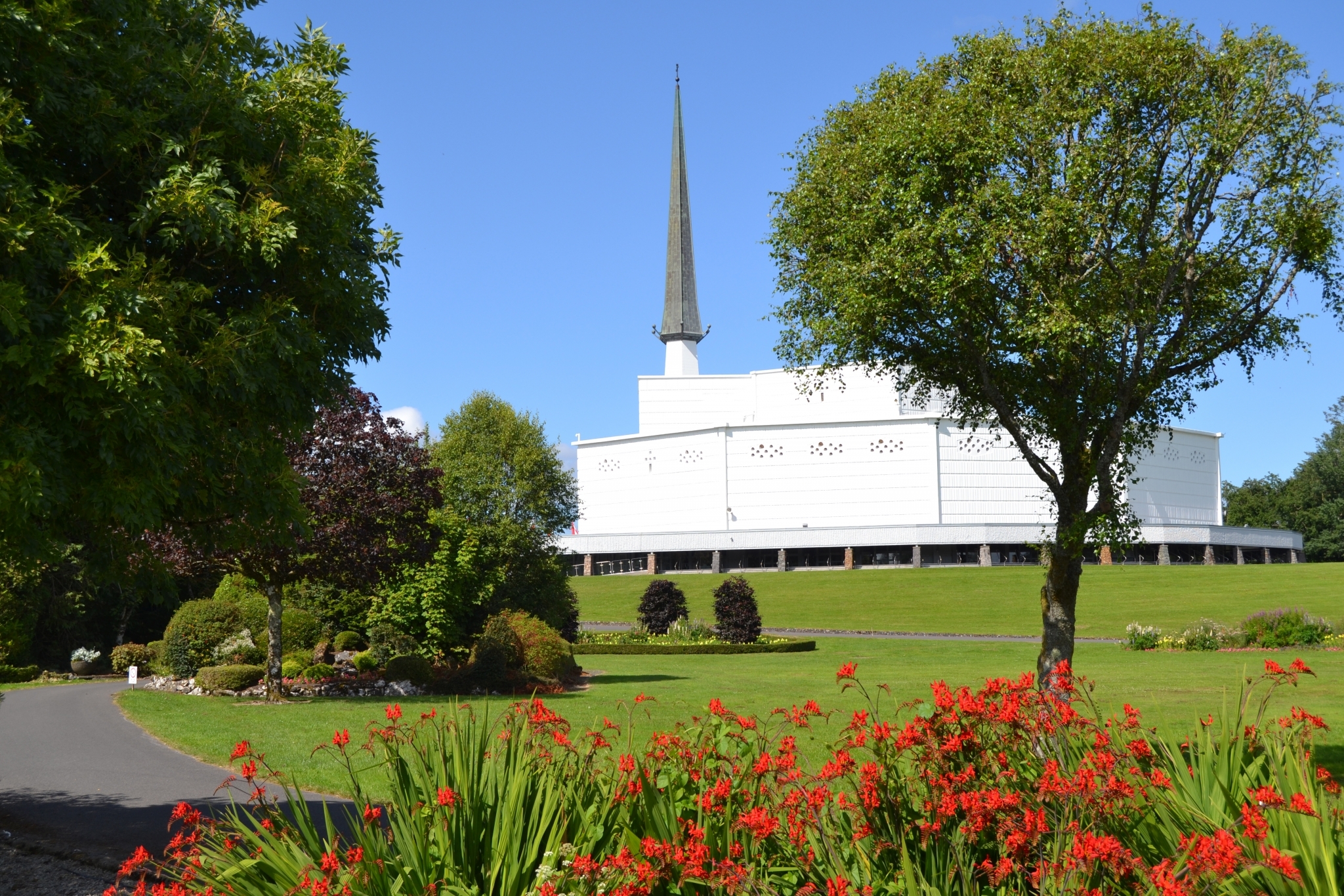 Knock (Irish: An Cnoc, meaning The Hill – but now more generally known in Irish as Cnoc Mhuire, ‘Hill of (the Virgin) Mary’) is home to Knock Shrine, a major international Catholic pilgrimage and prayer site. In Catholic hearts, it is as cherished as Lourdes and Fatima. Lying 56km (35 miles) east of Westport, Knock Shrine attracts over 1 million pilgrims annually.

The Virgin Mary, St Joseph and St John the Evangelist are said to have appeared on the south gable of Knock Parish Church on August 21, 1879. The apparition also included a lamb standing on an altar, in front of a cross. Fifteen local people, young and old, claimed to have witnessed the vision.

While the original shrine still stands, a new Apparition Chapel with statues of the holy figures of the apparition has been built next to it. Knock Basilica (Basilica of Our Lady, Queen of Ireland) is a separate building on the grounds of Knock Shrine showing a mosaic of the apparition. Its construction was overseen by Monsignor James Horan, parish priest of Knock from 1967 until his death in 1986. 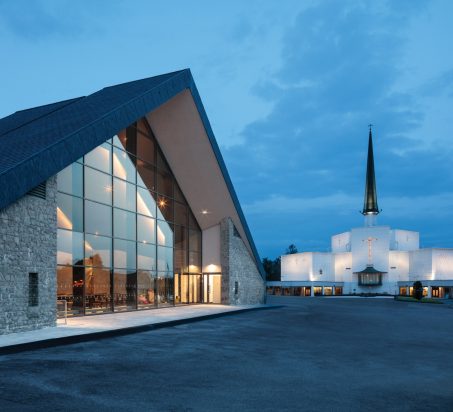 Monsignor Horan is also famous for his successful campaign to bring an airport to Knock. Although the idea of building on airport ‘high on a foggy and boggy hill’ in the wilds of Co Mayo was ridiculed by many, Monsignor Horan battled hard for his dream, and he lived to see Ireland West Airport Knock completed in 1985. Knock airport is 64km (40 miles) from Westport – roughly 1 hour by car.

The monsignor is also credited with inviting Pope John Paul II to Knock Shrine to commemorate the centenary of the apparition 1979. Mother Teresa of Calcutta, another much-loved Catholic figurehead, visited in June 1993.

Knock Shrine is open all year round. The main pilgrimage season extends from the last Sunday in April until the second Sunday in October. A nine-day Novena in honour of Our Lady takes place in August every year. 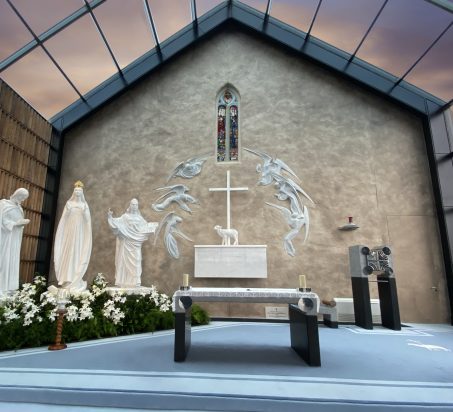