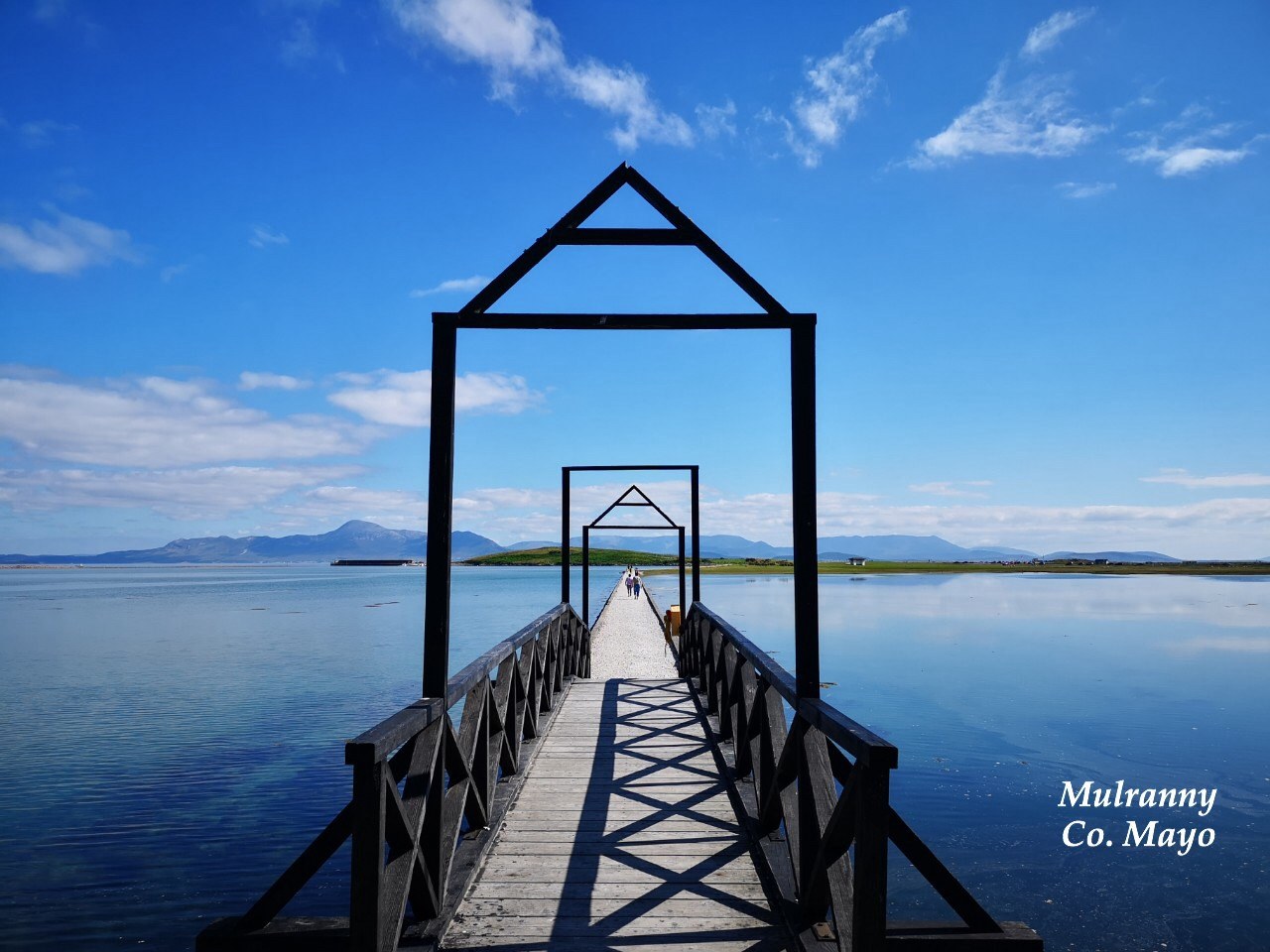 Mulranny, “an Mhala Raithne” or “the hill of the ferns” in Irish Gaelic , lies 29km (18 miles) north and west around Clew Bay from Westport and 18km (11 miles) west of Newport.. Perched above its Blue Flag beach and boating pier, the town offers panoramic views to the south over Clew Bay and the majestic Nephin Beg range of mountains to the north and east. It’s also known as Mallaranny which was its official name on railway company maps.

A natural resting point on the Great Western Greenway cycling and walking trail from Westport to Achill, , Mulranny has several restaurants and pubs, as well as outdoor activities such as golf, sea kayaking and fishing.

Mulranny features unusual and exotic plants, including colourful giant fuchsias. Above the seashore in Mulranny, a visitor will find Mediterranean heather, found nowhere in Ireland other than County Mayo. The adjacent Mulranny woodland boasts a host of native broad-leaf trees, including birch, hawthorn, rowan, hazel, sycamore, holly, oak and ash.