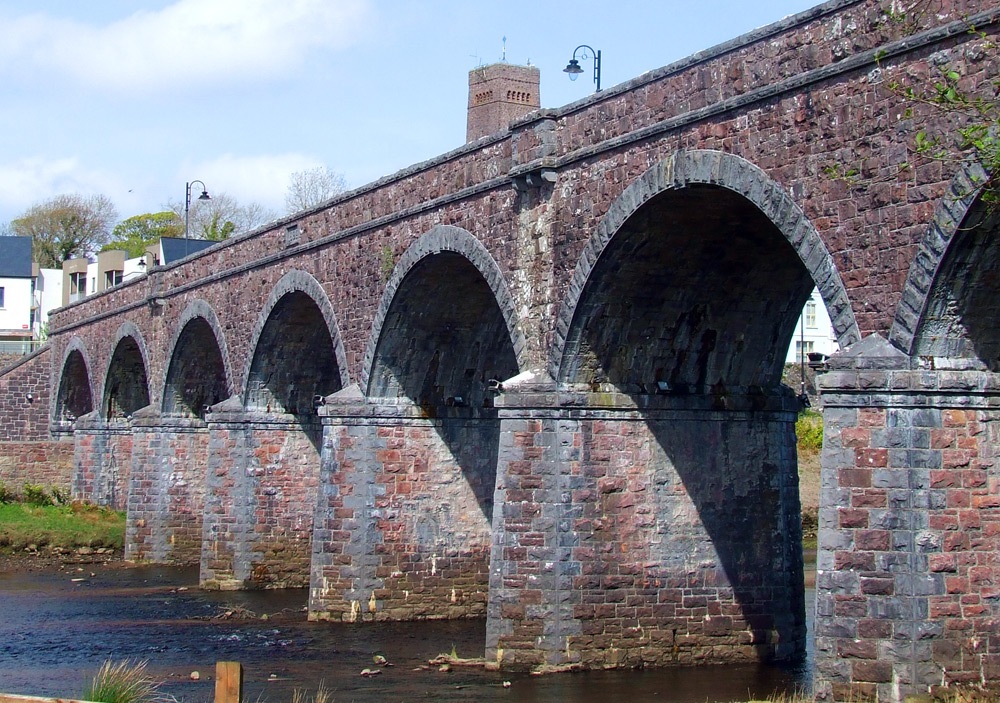 Newport, County Mayo, is 12km (7.5 miles) north of Westport on the Newport Road (N59). Newport's most distinctive feature is the elegant seven arch viaduct that dominates the townscape. It was built in 1892 for the now-defunct Westport-Achill railway line, most of which is now the Great Western Greenway.

Today, the railway bridge has been beautifully restored as a spacious pedestrian bridge and offers superb views of the Black Oak river flowing into the harbour and the estuary beyond. The restored railway station is now home to the local council offices.

North of the bridge, St Patrick’s Catholic Church towers high above the town and is a fine example of the Irish Romanesque style. It is renowned for its stained glass window of The Last Judgement by eminent Irish glass artist Harry Clarke, one of 17 in eight churches around the county.

Newport is about a third of the way along the Great Western Greenway from Westport to Achill Island. Here, a walker or cyclist can rest by the Black Oak river before continuing toward Mulranny and Achill. The river has good salmon and sea trout fishing, and permits are available from Newport House, which also owns part of nearby Lough Beltra.

The town of Newport has a number of pubs, several of which serve food, and Kelly’s Butchers at the top of the main street is famous for its award-winning black pudding.

The harbour is one of the most sheltered in Clew Bay, and many boats are moored there for the summer. It also has a wide slipway.

Near this Heritage Town lies the ruins of the 15th century Burrishoole Abbey, once the centre of population in the area, and Rockfleet Castle, which, like so many in Mayo, has as its most famous past resident the Pirate Queen Granuaile.