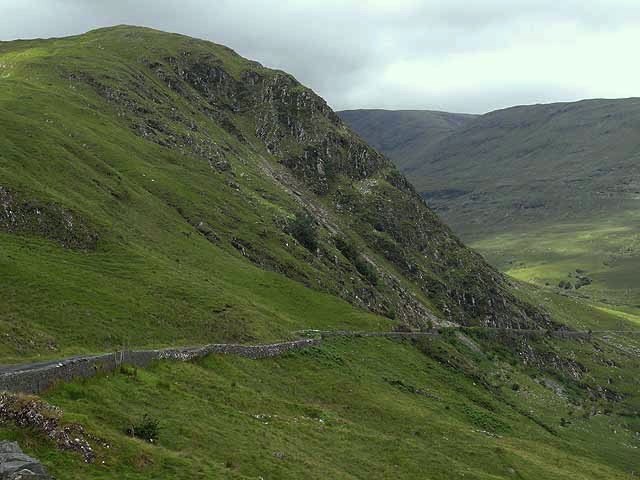 The Sheeffry Hills or Sheeffry Mountains are a range of hills in County Mayo, Ireland between Westport, Louisburgh and Leenane. The range is bounded to the west by Glencullin Lough and Doolough; to the south by Glenummera and Tawnyard Lough; to the east by Owenmore Glen and to the north by the Bunowen River.

Drives through the Sheefry valley are some of the most spectacular in the county.

There are a number of lakes within the Sheeffry Hills, the two biggest being Lugacolliwee and Lugaloughan. The others are, from west to east, Lough Awaniareen, Lough Allisheen, Lough Tarriff, Lough Brawn, Lugalough.

Settlements in the area include Drummin and Carrowkennedy (to the east), Cregganbaun (west), and Delphi (south). Carrowkennedy was the site of an ambush in June 1921, during the Irish War of Independence.

In the midst of the Sheeffry Hills is a signposted walking trail, the Tawynard Forest Trail.

The Sheeffry hills on the map