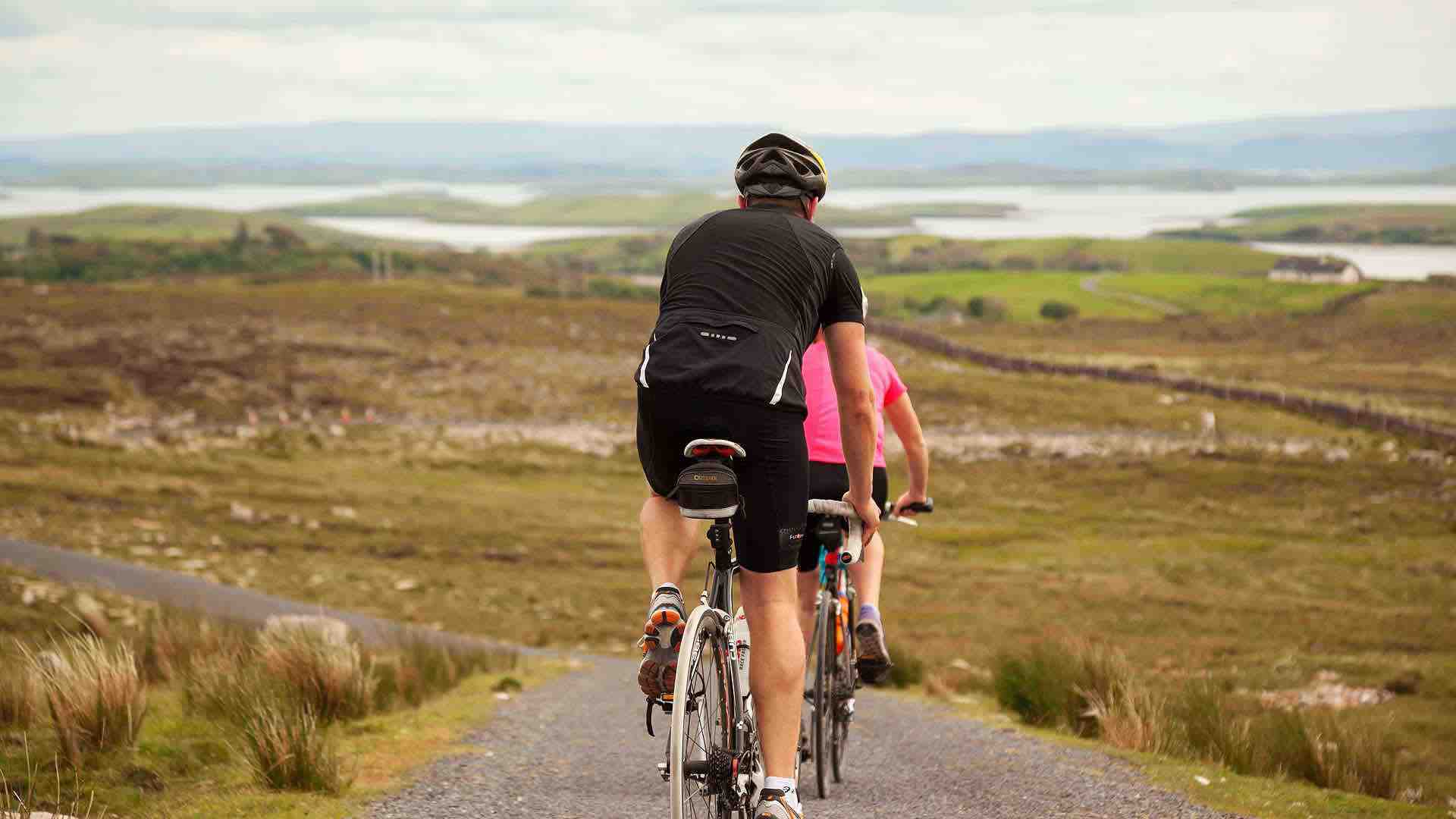 Belmullet to Leenaun via Westport

The beginning of the 253 kilometres portion of the EuroVelo route that passes through Mayo begins between the towns of Enniscrone and Ballina. Heading towards Ballina along the River Moy Estuary, the 6 kilometre stretch to Ballina from your starting point is very flat, and the first bit of real climbing doesn’t occur for another 20 kilometres, along the Atlantic Coast just after Killala Bay. A fast descent into the village of Ballycastle is soon followed by another challenging climb which is the last climb before you reach the most extensive Stone Age monument on Earth, The Céide Fields. Conveniently loacted at the 40 kilometre mark of this multi-day route, this UNESCO World Heritage site has an award-winning visitor centre where you can refuel, and it is set against some of the most dramatic rock formations in Ireland. The cycling after this site moves further inland, before a right turn see’s you pedalling to Belmullet, which is nestled between Blacksod Bay to the South and Broadhaven Bay to the North. At 92 kilometres, you could choose to call it a day in Belmullet, there are several accommodation options littered around the area.

Travelling out of Belmullet and into the village of Bangor, you’ll keep heading South, passing through Ballycrory National Park and along Bellacragher Bay. Next up is a gentle climb into the picturesque village of Mulranny. Mulranny is an ideal spot to stop for a breather and a coffee before tackling the next stretch of this route.

You’ll have the luxury of riding the Great Western Greenway at this point, so enjoy the scenery as you pedal leisurely along the winding path towards the towns of Newport and Westport! After 43 kilometres of Greenway, you can grab some lunch in Westport. You’ll be spoilt for choice as the town is littered with wonderful cafes, bars and restaurants to choose from. After lunch, you’ll get back onto the saddle and head along the Pound Road, before veering South towards Cloonagh and the Brackloon Woods. Eventually you’ll join the Leenaun road for a few kilometres, before turning towards Glinsk. The magnificent scenery will amaze you as you wind along the valley floor with dramatic cliffs surrounding you on all sides. Next up is the Sheeffry Pass, a challenging climb with gradients that are worth the effort once you reach the summit and are gifted with some spectacular views of the surrounding landscape. The subsequent descent passes Tawnyard and you’ll pedal alongside the path of the Glenummara River as it flows down into Doo Lough. At Doo Lough, you’ll turn left towards Killary Fjord, where an 8 kilometre waterside stretch of road built into the cliff’s edge will leave you mesmerised. From here, you have only a few short kilometres left before you roll into the idyllic village of Leenaun on the shores of the Fjord. Leenaun has a number of wonderful accommodation options to choose from if you wish to stay overnight.