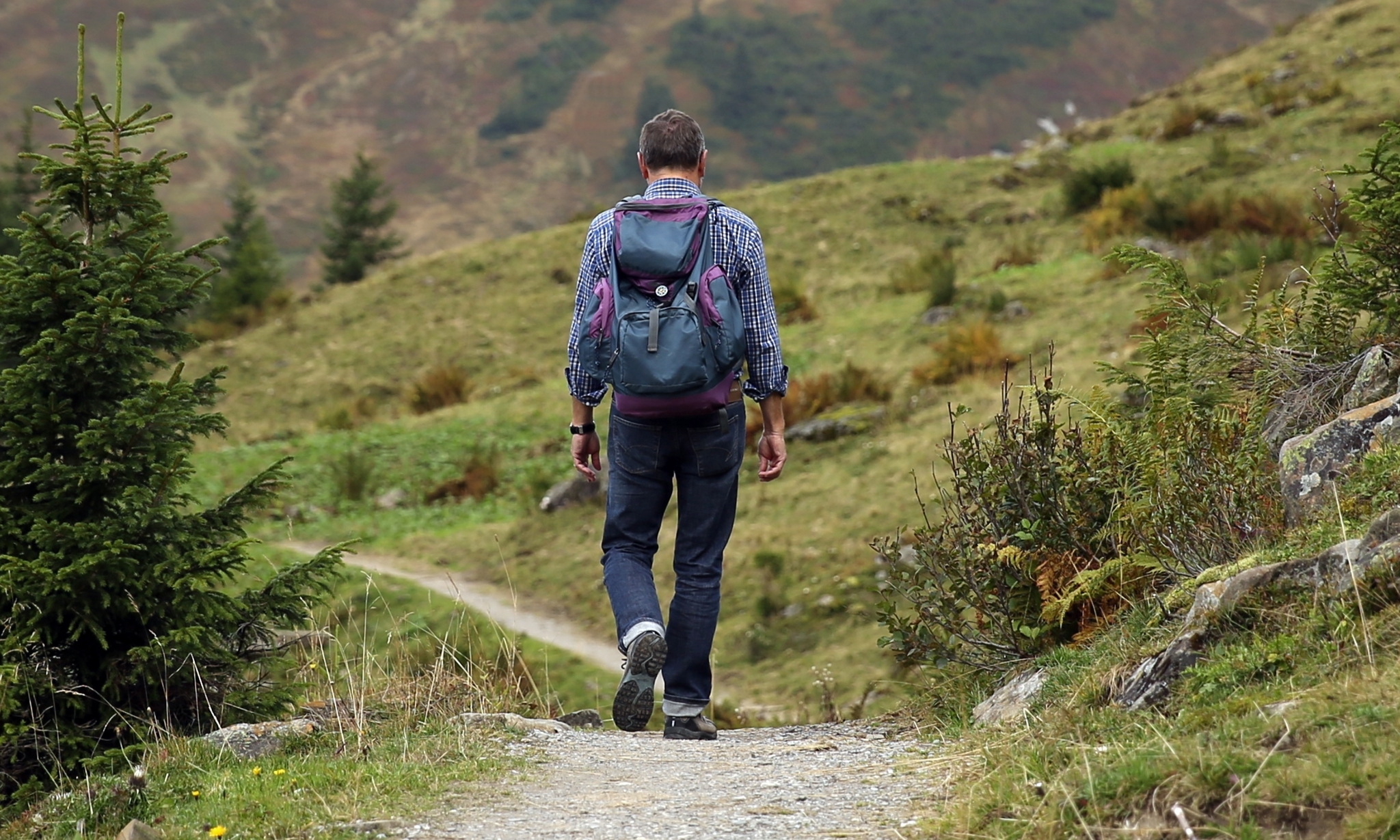 Mayo is famous for its beautiful scenery, and the county’s loops walks allow us to take in breathtaking vistas while not having to double back on ourselves. Every turn brings something new, nothing is repeated. Here are five circular walks to go loopy for, all within striking distance of Westport.

Opened in 2015, the 5k Murrisk Loop is actually a combination of three walks – the Mountain Loop, Pier Loop and the Abbey Walk.

While Murrisk Car Park is probably best known as the starting point for the climb to the top of Croagh Patrick, it also the start of a loop walk that proves that the village and surrounding area have more to offer than the iconic mountain. The loop’s trail surfaces vary from open hillside to country lane to footpath, and the route offers spectacular views over Clew Bay.

History and archaeology buffs will find plenty of interest too, with the route passing along side a fulacht fiadh (Bronze Age cooking site), a Mass rock, bannrachs (enclosures of three stone walls once used for drying and storing turf), a stone fort and lazy beds (potato ridges). These lazy beds date from the great famine of the 1840s, and fittingly, the walk ends close to the National Famine Memorial – a poignant bronze sculpture by the artist John Behan. A coffinship’ with skeletons woven into the masts, it commemorates all those who perished on the voyages to America.

Take a spin up to Achill and spend two to three hours hiking the Granuaile Loop. Starting Johnny Patten’s Public House, Derreens, this 6.8km trail passes along old bog roads and open moorland. After a brief initial climb, walkers join an old grassed-over road that was built in the early 1940s by local men who couldn’t go to England due to the threat from German U-boats.

The trail soon yields panoramic views of Clew Bay, Croagh Patrick and Clare Island, as well as many historical local features – including the deserted village of Ailt, empty since 1854, when the landlord William Pike had the last of 79 households evicted as it was more profitable to have cattle on his land. To the southwest lies Gráinne Mhaol’s 116th-century castle in Kildownet.

Other finds along the way include 40 large stone cairns – monuments of an ancient burial site on the old funeral path to Kildownet Cemetery, known locally as the ‘Leachtaí’.

For those looking for a shorter, easier and more accessible walk, look no further than Castlebar’s lovely Lough Lannagh Loop, just 20 minutes from Westport. Just a kilometre in length, it’s a great one for families, as it’s easy and there’s a smooth walking path the whole way. It’s buggy friendly too, so baby won’t be bounced about.

Along the route, walkers will happen across small-scale bronze sculptures made by Westport artist Elaine Griffin, each relating in some way to Castlebar’s recent and distant past.

The loop can be accessed through Lough Lannagh Holiday village. Park up and head down past the conference centre on the left. The loop winds back around the lake and can be done in just 20 minutes. But we recommend taking your time. Hang out with the swans, or sit on a rock and zone out. What’s the rush?

Views don't get much better than this. The Diamond Hill Loop Walk in #Connemara takes in some of the region's most dramatic scenery. On a clear day, you'll be able to gaze out at the islands of Inishturk, Inishbofin and Inishshark. Pic @ballynahinchcastle #DiamondHill #WildAtlanticWay #Galway

Okay, so this walk is not strictly in Mayo, but it’s just over the Galway border and less than an hour’s drive down the road from Westport.

The 445-metre-high Diamond Hill is located in Connemara National Park, and the park’s visitor centre is the ideal place to start this 7km walk. The trail’s solid surface is generally easy to walk on, and timber boardwalks cross boggy sections.

The summit ridge is a narrow fin of quartzite, around half a kilometre long, culminating in a cairn that marks summit. Your efforts to get to the top will be handsomely rewarded. Look out over the sea to the islands Inishturk, Inishbofin and Inishshark, see Tully Mountain rising over Ballynakill Harbour and gaze along the intricate Connemara coastline. The sensational view to the north and east shows off the dramatic peaks of the Twelve Bens, while to the northeast, Kylemore Abbey’s gothic turrets stand out from neighbouring Kylemore Lough. The summit of Mweelrea and the Mayo highlands lie directly north. Sure, it’s hard to know which way to turn!

The loop descends the back of the mountain, eventually rejoining the path to the visitor centre.

Alongside the ancient oaks, you’ll find a host of other native beauties, including ash, willow, hazel, birch and holly, all offset by lush moss, pretty lichen and nodding ferns. Look out for the babbling Owenwee River at the northern end of the walk, where you can sit and let the calming sound of the water wash over your senses – or give the dog a bath by throwing fetch sticks into the rock pools.

This easy looped walk is around 4km long, and only will take you around 45 minutes. To get to the woods, drive south along the Leenane Road and take the right turn marked Owenwee Kennels. Keep right at the fork, and continue passed Brackloon primary school and keep following the road as it curves to the right. Soon the entrance to Brackloon will pop up on your right – look out for the wooden gates.