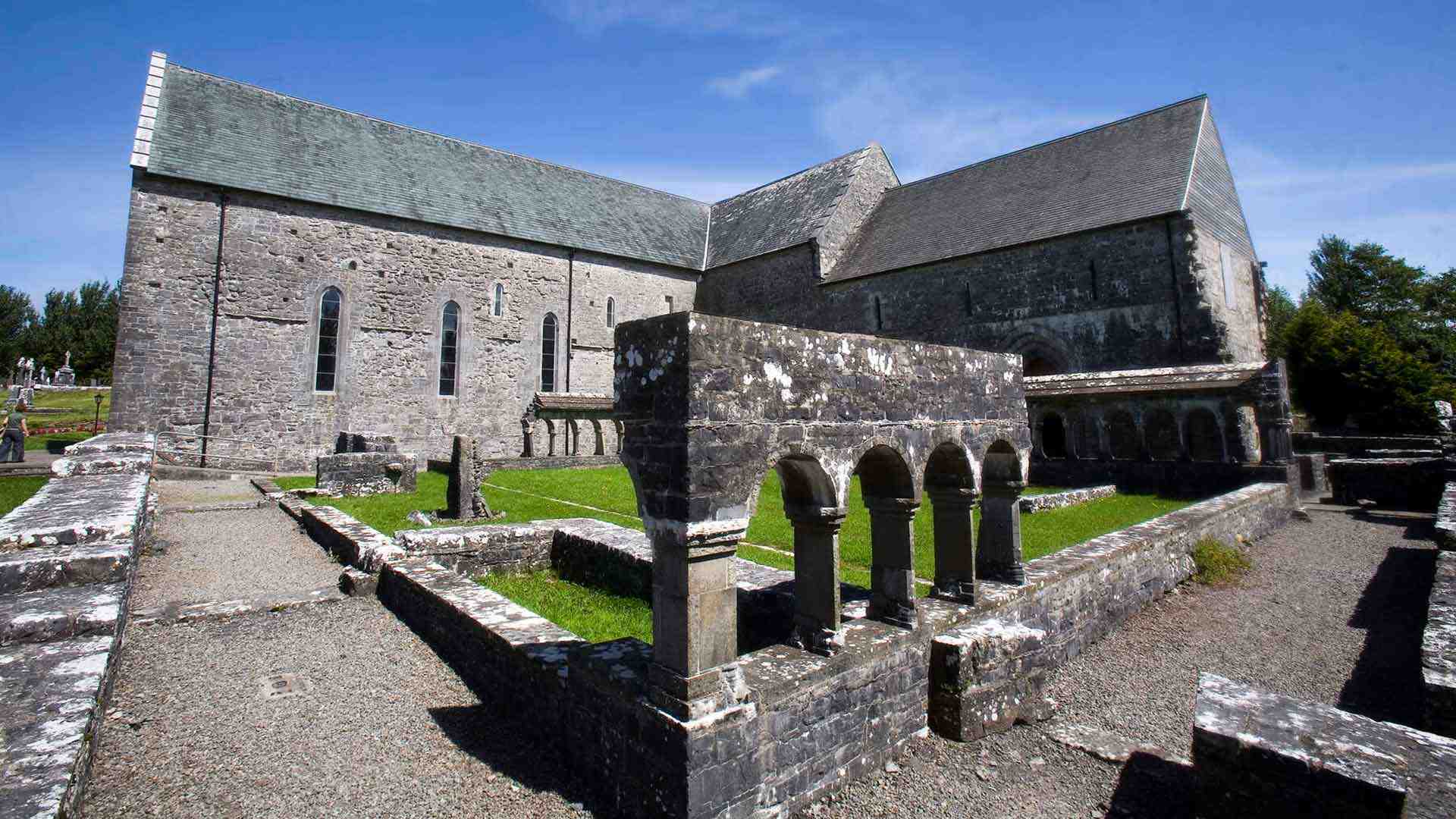 The Abbey & The Manor

The Abbey & The Manor

This route takes you off the beaten track, dipping in and out of quiet bóithríns that wind their way through largely unspoilt countryside. Following the main road to Ballintubber, the route hugs the course of the Carrowbeg and Aille rivers before arriving in Ballintubber after 19 kilometres. In this peaceful village you can grab a coffee and a pastry at Corley’s Abbey Lodge, before exploring the 800-year-old Ballintubber Abbey right across the road.

Continuing on out of Ballintubber and towards Carnacon, you’ll catch a brief glimpse of Lough Carra on your right, but don’t worry, this route ensures you’ll get far better opportunities to enjoy the Lake a little further on. In the village of Carnacon you’ll see a lovely classic Irish pub by the name of P. Hughes’, and shortly afterwards you’ll cycle past the 18th Century Neo- Classical style Moore Hall which was gutted by fire in 1923 during the Irish Civil War. Moore Hall lies nestled amongst thick woodland, and your route here is flanked on one side by this forest and by Lough Carra on the other.

Looping back up again towards Ballintubber, you’ll pass by Burriscarra Friary which has been standing on the shore of Lough Carra since 1298. It’s a wonderful site to stop at and explore, so enjoy a break here if you can! After Ballintubber you’ll head North through Killawalla and then West to Aghagower, which has a wonderful Round Tower dating back to the first century. From here, you have a short 6 kilometre spin back to Westport, passing by Knappaghbeg Lough. Make sure at this point to snap a photo of the Croagh Patrick Pilgrim route as it rises high into the sky in front of you!