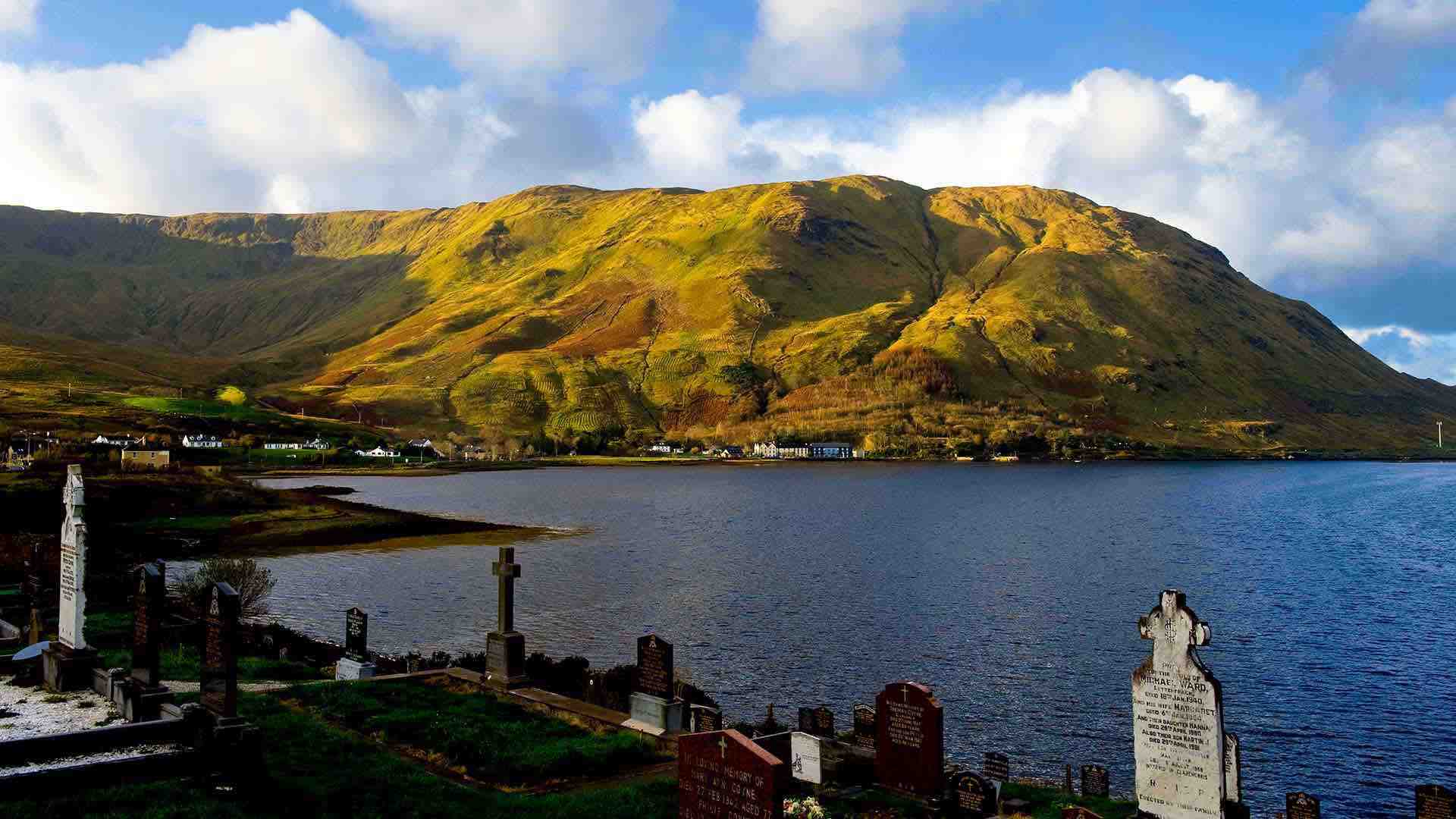 The beginning of the 365 kilometres portion of Mayo’s Wild Atlantic Way route begins between the towns of Enniscrone and Ballina. Heading towards Ballina along the River Moy Estuary, the 6 kilometre stretch to Ballina from your starting point is very flat, and the first bit of real climbing doesn’t occur for another 20 kilometres, along the Atlantic Coast just after Killala Bay. A fast descent into the village of Ballycastle is soon followed by another challenging climb which is the last climb before you reach the most extensive Stone Age monument on Earth, The Céide Fields. Conveniently loacted at the 40 kilometre mark of this multi-day route, this UNESCO World Heritage site has an award-winning visitor centre where you can refuel, and it is set against some of the most dramatic rock formations in Ireland. The cycling after this site moves further inland, before a right turn see’s you pedalling to Belmullet, which is nestled between Blacksod Bay to the South and Broadhaven Bay to the North. At 92 kilometres, you could choose to call it a day in Belmullet, there are several accommodation options littered around the area.

Travelling out of Belmullet towards Blacksod, the road is relatively flat but the scenery is outstanding. You’ll loop back up the same road to head towards Westport, once again passing through Belmullet before turning right towards Bun na hAbhna. After Bun na hAbhna is the village of Bangor, from where you’ll keep heading South, passing through Ballycrory National Park and along Bellacragher Bay, followed by a gentle climb into the picturesque village of Mulranny. Mulranny is a nice spot to stop for a breather and a coffee before tackling the next stretch of this route.

You’ll have the luxury of riding the Great Western Greenway at this point, so enjoy the scenery as you pedal leisurely along the winding path towards the towns of Newport and Westport! After 43 kilometres of Greenway, you can grab some lunch in Westport. You’ll be spoilt for choice as the town is littered with wonderful cafes, bars and restaurants to choose from. After lunch, you’ll get back onto the saddle and travel west out towards the mouth of Clew Bay, passing the spectacular Croagh Patrick on your left-hand side. The mountain owes its name to Saint Patrick, who is reputed to have fasted at the top of the mountain for 40 days during the fifth century. After passing Louisburgh, you’ll head south in the direction of Carrowinsky, before a left turn brings you towards Doo Lough. The scenery is incredible and the cycling experience is even more mesmerising, as steep hills give way to stunning lakeside roads that meander in and out of the valleys. Doo Lough valley is steeped in history from the famine times, be sure to check out the Famine Memorial at the top of the Lough. After Doo Lough, a short spin takes you along the road towards Leenaun, the road here is dug into the mountain and gives stunning views of Killary Fjord. Soon, you’ll pass the striking Aasleagh Falls, and in time you’ll arrive in Leenaun. Enjoy the charm of Leenaun where you’ll be able to stop for the night if you wish, there are several lovely places to stay in the village!