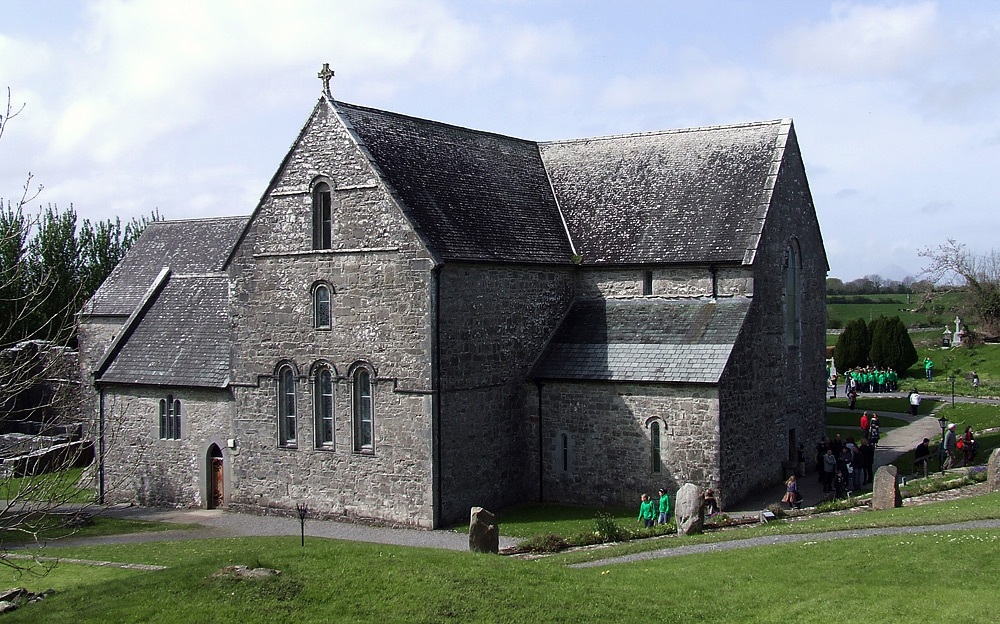 Nestled at the foot of the Partry Mountains is the ancient, picturesque village of Ballintubber.

Approximately 19km (12 miles) east of Westport, the village of Ballintubber sits on the Tóchar Phádraig, the ancient and well-traveled pilgrimage route to Croagh Patrick. Ballintubber, from Baile an Tobair, Irish Gaelic for “village of the well,” is named for the well where St Patrick is said to have baptised his converts in the 4th century. There is a stone alongside the well with an indentation, said to be the imprint of the saint’s knee.

Ballintubber Abbey, where you will find the well, is the most famous historic site in the area. On the shores of Lough Carra, the abbey was built by Cathal O’Conor, King of Connacht, in 1216. It is the only church in Ireland, still operating, that was founded by an Irish King.

In the centuries since its founding, Ballintubber Abbey suffered confiscation of lands and attacks, culminating in the burning of most of the abbey buildings by Cromwellian soldiers in the mid-17th century. But the abbey church escaped total destruction and continued to be a place of worship. Today, it thrives, painstakingly and lovingly restored. In recent years, Ballintubber Abbey has become a popular wedding venue for couples seeking a distinctive and historic setting. The abbey has seen many celebrity weddings, including the marriage of actor Pierce Brosnan to Keely Shaye Smith and Westlife singer Shane Filan to Gillian Walsh.

Also in the village of Ballintubber is the Celtic Furrow Visitor Centre, open from May to September, which traces 5,000 years of history in the area.

Ballintubber on the map