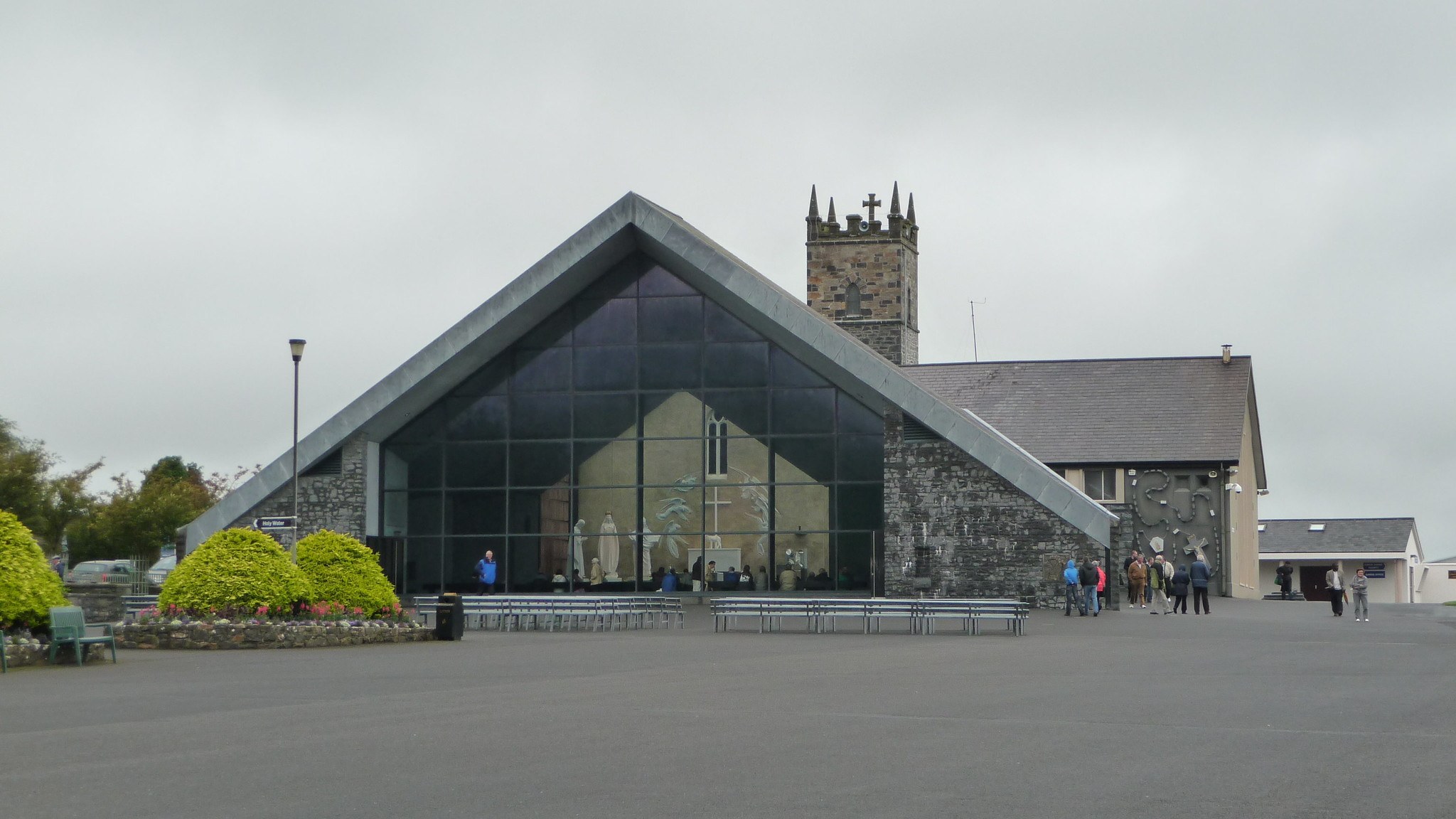 Drawing over 1.5 million Roman Catholic pilgrims from all over the world every year, Knock Shrine was recently elevated by Pope Francis to International Sanctuary of Special Eucharistic and Marian Devotion.

The shrine’s story began on the evening of August 21, 1879, when 15 villagers saw a vision of The Virgin Mary in the company of St Joseph and St John the Evangelist, and a lamb before a cross on an altar. The apparition took place at the gable wall of the Parish Church, and the witnesses were aged from five years old to 74. Rain fell for two hours as the little crowd looked on, transfixed, while the apparition remained completely dry.

Since then millions have made the pilgrimage to Knock Shrine, whether to attend a mass, light a candle for a special intention or simply immerse themselves in its spiritual atmosphere. Tours run daily, led by experienced and passionate local guides, who share their knowledge not just of the apparition, but also of Knock village as it was in the late 19th century.

Visitors to Westport just adore the colourful textiles available at the Foxford shop on Bridge Street, so synonymous with Mayo.

To get a real taste of the tradition, history and skill behind the fabrics, take a day trip to the Foxford Woollen Mills, which encompasses a shop, a multi-media presentation on the mills’ fascinating history, tours of the weaving and dyeing operations, a restaurant and café, a jewellery workshop and an art gallery.

Foxford Woollen Mills was founded in 1892 by a Sisters of Charity nun, Sr Agnes Morrogh-Bernard, to create employment in the area, which was extremely poor at the time. Down through the years, countless Irish people have slept under Foxford’s iconic cream-coloured wool blankets, with their unique pink or blue stripes – many of which are still on the go as snugly family heirlooms.

History buffs will love this opportunity to learn more about Michael Davitt, founder of the Irish Land League (1879), which organised resistance to absentee landlordism and sought to relieve the poverty of the tenant farmers by securing fixity of tenure, fair rent and free sale of the tenant’s interest.

The Michael Davitt Museum – housed in the magnificently restored pre-penal church in the village of Straide – boasts an extensive collection of documents, photos, Land Acts, letters, postcards, posters and other items connected with Davitt's life. Davitt himself was christened in this church in 1846 and is buried in the grounds of the 13th-Century Straide Abbey, beside the museum.

According to Irish folklore, these limestone loughs were created when legendary warrior Fionn mac Cumhaill was hunting boar with his two hounds, Conn and Cullin. The dogs were chasing a magical boar when water began gushing from its feet. The chase went on for days, and eventually, the steady flow of water from the boar drowned the poor dogs, forming the two lakes that bear their names.

Conn is a big lake, covering almost 50 square kilometres, while Cullin, south of Conn, covers a little over 10. Both are noted for their trout and salmon fishing. As with most Irish loughs, the best fishing in both is in the shallows around the shoreline, island and offshore reefs. Mayflies start appearing towards the end of April and, from then to the end of June, some very exciting fishing can be had.

The village of Pontoon is situated on the narrow isthmus that separates the two bodies of water, and drives around lakes yield stunning scenery. Have your cameras – and rods – at the ready!

Visit Hennigan’s Heritage Centre in Killasser, Swinford, and be immersed in the traditional Irish rural life of a bygone era.

In 1990, Tom Hennigan realised he could not support his growing family on 10 acres of poor land, but he did not want to leave the small farm, which had been in the family for 200 years. The solution was to lovingly restore his family home and to tell the story of rural survival and a child’s upbringing in a three-roomed thatched cottage when times were tough and luxuries were hard to come by.

Hennigan’s Heritage Centre opened in 1998, and thousands have since crossed the cottage’s old doorway to step back in time and listen to Tom’s many fascinating stories and insights about traditional farm life on a smallholding. This really is living history at its best.