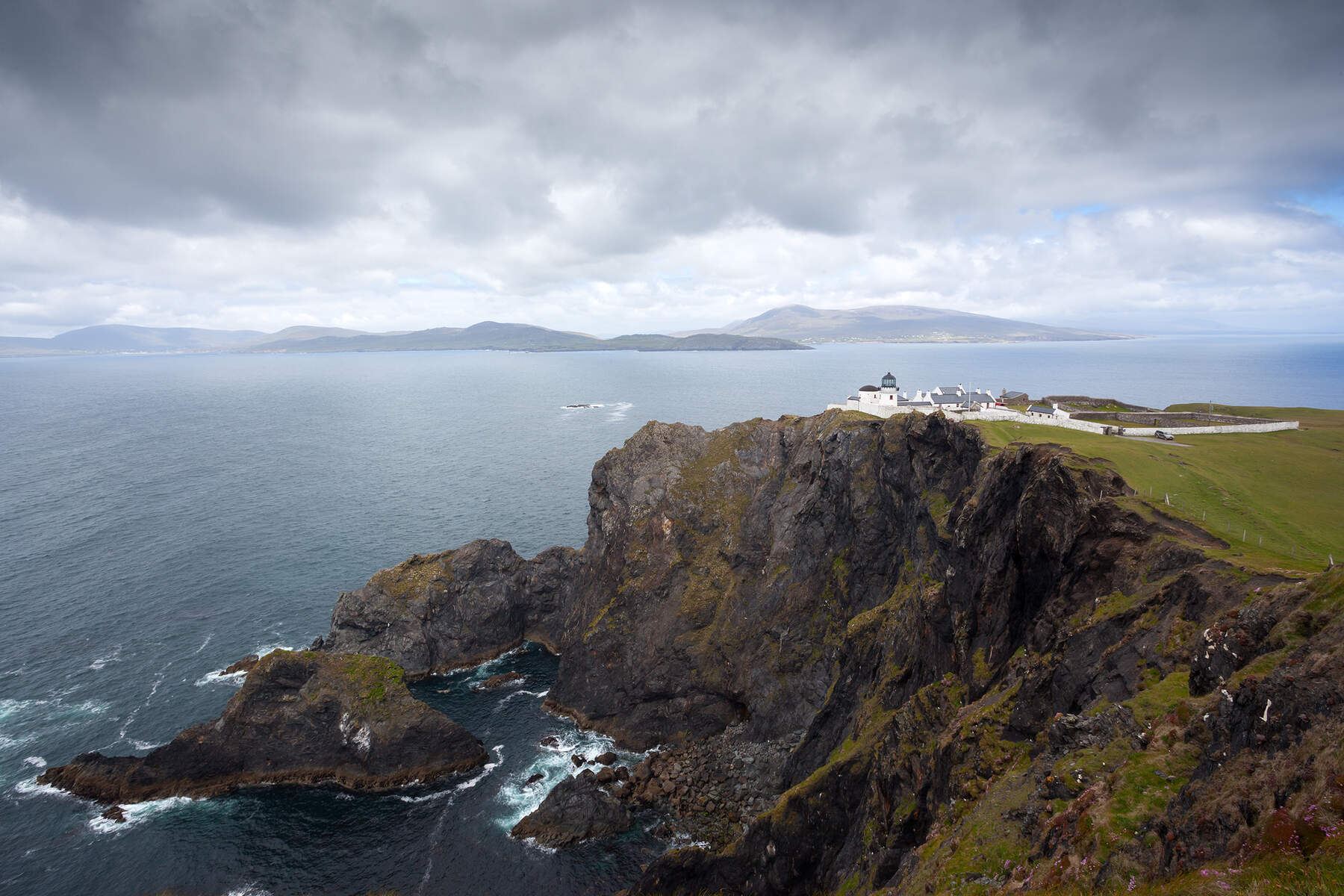 What could be more evocative of holidays than the idea of island hopping? Take to the idyllic waters of Clew Bay to discover islands big and small, inhabited and uninhabited. The bay is filled with hundreds of islands, ancient sunken drumlins that were carved out during the Ice Age by melting glaciers. From the countless little nirvanas to the biggest jewel, Clare Island, Clew Bay’s beautiful islands are the stuff of legends. Literally.

The mother of them all, Clare Island’s stunning silhouette rises on the horizon like a great humpback whale, its arched back breaching the wild Atlantic as it dives the depths. Take the short ferry ride from Roonagh Pier and spend the day enjoying beautiful walks and stunning views. The ferry runs a number of times a day with Clare Island Ferries.

The first thing to greet you when you land is Grainuaile’s impressive Clare Island castle, built in the 16th century. The Pirate Queen’s tomb is also said to lie in the island’s Abbey, where Ireland’s best examples of medieval wall art can also be found.

Clare Island has also been a birdwatcher’s mecca for hundreds of years. Its nesting sites on the spectacular sea cliffs on the northern and western sides are world-renowned among bird lovers. Feast your eyes on everything from kittiwake to fulmar, peregrines to guillemots. Oh and perhaps the cutest of the lot, puffins!

Just over 14km off the Mayo coast, lies Inishturk, an island lover’s dream and home to around 60 islanders. The island is just 5km by 2.5km in size.

This little piece of paradise offers visitors a taste of real island life and a genuinely warm welcome, with plenty to discover – the sandy beaches of Tranaun and Curraun, Ireland’s only off-shore-island natural lagoon, majestic sea cliffs, rare wild flora, busy bird sanctuaries and amazing ruins. Watch out too for the annual Regatta and biannual Turkfest – there’s great craic to be had.

Dorinish is a real draw for music lovers. Why? Well, this petite 19-acre Clew Bay isle was once the dream island of Beatle John Lennon, who owned it until his death. Lennon bought it in 1967 and got planning permission, although he never got as far as building. He did ship over a multicoloured gipsy caravan though and took Yoko Ono there for a visit.

Eventually, he asked Sid Rawle, dubbed ‘King of the Hippies’, set up a New Age camp there. Rawle, founder of the Digger Action Movement, hoped to build a sustainable, self-sufficient commune on Dorinish, but the Atlantic winds scuppered his utopian ideal – the hippies lasted two years before a wild westerly wind fanned the flames from a knocked-over gas lamp. The ensuing fire destroyed their tents, and ultimately drove them off the island.

A great way to get the full story is with Clew Bay Cruises that depart Westport Quay a number of times daily. Booking ahead is advised.

Dorinish is not the only Clew Bay island associated with peace and love. Maharishi Island of World Peace – or Inishraher – is 30 acres of pure serenity dedicated to inner peace. Its purpose-built retreat centre, or Peace Palace, attracts guests from all over the world, who go to experience serenity through the practice of Transcendental Meditation. This pristine little island allows guests to reconnect with the natural world in a stunning environment – a wonderful therapeutic hideaway.

Situated due west from Blacksod, the Inishkeas make for a fascinating trip. Their raw beauty is legendary, and their long and sad history will stay with you long after you leave their shores.

Though inhabited since Megalithic times, and early medieval settlements have been excavated, only sheep and birds now roam the islands. The Inishkeas might shelter much of the Mullet Peninsula, but nothing shelters the Inishkeas. A sudden, unforgiving storm in October 1927 claimed the lives of ten young fishermen, and discussion soon turned to the viability of the island existence for those who remained. By 1935, the islands had been completely abandoned. The ruins of the islanders’ houses still stand, a testament to bygone resilience.

You can sail here from Black Sod Bay with Belmullet Boat Charters.